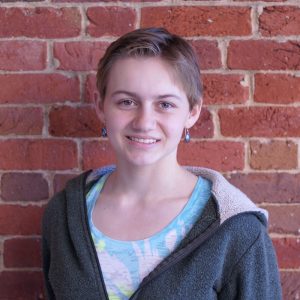 So we finally made it to Beijing after an unexpected detour through Minneapolis and Japan due to a cancelled flight for five of us. I planned for jetlag, but it turns out that 18 or so hours in a plane effectively scrambled your internal clock to the point that I’m still not even sure what day it is. Aside from the disappointment of traveling without half our party, China has been a lot of fun.

This morning the four of us and one of the Australian delegations took a trip to a Chinese mall across the street from our hotel. The group of us ended up cutting through a toy store on our way out and got sidetracked by a pool of goldfish. After poking at them with the supplied nets for a few minutes, one of the store employees started to give us questioning, then irritated looks… Eventually we realized we were supposed to pay for chasing the fish with dip-nets and promptly left.

Our main event today was setting up our posters. On the bus, a few of us were joking about the three hours allotted to setup—“How long could it take to tape up a poster?”

Turns out that no one accounted for the fact that we had to translate obscure technical English terms into Chinese on sticky notes and complete the somewhat challenging task of boiling our project down to about five sentences.   We spent a good part of the afternoon working with our translators to perfect the notes.…We barely finished in time for dinner.