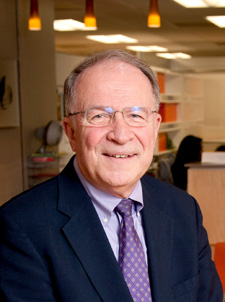 Dennis Kekas from the Centennial Campus was recognized for his leadership in facilitating partnership between the University’s research park and other companies. AURP said that Kekas has nearly doubled the employment at the park, and he has played a major role in creating large partnerships (such as a $10 million with Eastman Chemical) and earning research awards.  Some of those deals were a $10 million partnership with Eastman Chemical, a $65 million with the Department of Defenses’s Laboratory for Analytical Science and a $146 million consortium with the national Network for Manufacturing Innovation.

Individuals, business and universities that receive the leadership award are recognized for significant contributions to the success and community impact of a university’s research and technology park.

“We are very proud of our 21st Annual Awards of Excellence winners this year,” AURP President Charles D’Agostino said. “The depth and breadth of our winners demonstrate the caliber of parks and talent that makes up our incredible association.”