Emily: Strangers on a Plane

Emily: Strangers on a Plane 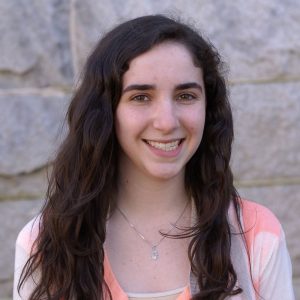 The plane ride from Detroit to Beijing has been especially unique because of the people on it. Dr. Nolan said that he had never seen so many American high school students on this international flight before! Fortunately, Maggie and I were seated right near about 23 students just as excited as we are! These Vermont natives are a part of a program called Journey East. Basically, they get to spend a month traveling different parts of Asia and giving musical performances to different groups of schools. Skipping their own classes, I might add! #jointheclub

One girl, Suzie, is a supposed musical prodigy and can play at least 5 different instruments. I can’t even play one! However, she doesn’t want to be a musician when she gets older. She aspires to become a neurologist (like my dad!) and develop a stronger understanding for Autism. Woah!

I never thought I would befriend 23 new strangers on this flight! But it’s really cool to be able to talk to these students from a completely different part of the United States and see that they really aren’t that different. I never thought I’d befriend people from freezing Vermont. We use the same lango like “yolo” and “swag” even though they did make fun of me numerous times for referring to them as “y’all.” But hey, I’m Southern and proud!

Each of us has our own unique life story. We may never cross paths. But when strangers randomly meet and are able to become friends, you really never know what may happen next. Let’s find out! 3 hours and 6 minutes until landing. 😀