Dhruv: The Beijing Trip Was the Best Experience of My Life

Dhruv: The Beijing Trip Was the Best Experience of My Life 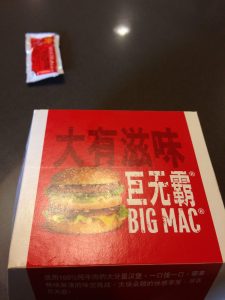 Today we got up and at once I was overcome with a heavy heart. It was our last day. After a quick breakfast, we packed up and boarded the bus one last time. Later, everyone would be heading their separate ways, but first we were all going to the Pearl Market and Temple. The bus was full of all the international students.

I have to say, I never thought that in seven days I could meet and really connect with people the way I did in Beijing. It was truly fantastic and a testament to the ability of human beings.

At the Pearl Market, I got a few sets of pearls at a deal and even learned from the dealer how to tell fake and real pearls apart. After this, I couldn’t help myself and ended up bargaining down a Michael Kohrs watch, some more Beats speakers, and yes, another pair of fake Ray-Ban sunglasses. I also tried a Chinese Big Mac. To my surprise, it was exactly like the Big Macs at home. You have to love Westernization.

Overall, my impressions of China have been quite far reaching but mostly what I expected. The society promotes homogeneity, centralized thinking, and mass worship of government. The citizens of China and the middle class have a deal with the government that if they follow the rules, their standard of living will be upheld.

While Communism and Controlled Capitalism are looked upon as signs of weakness and over-control by many people in America, one can’t look at the comparison of these two societies without acknowledging, at least at an economic level, the question of which method is more effective.

After all, our country is facing severe financial consequences as a result of our push for deregulation and Laissez-faire Capitalism, but we also have human rights, liberties, and freedom of expression that are virtually unheard of in China.

On a less political note, the science education in China is far superior to that of ours, something we must take note of quickly if we hope to continue to lead the world in technological innovation.

While the American team all received gold medals at Beijing Youth Science Creation Competition, it’s interesting that we did not compete with the local Chinese students. Perhaps this was because they were more advanced, perhaps not. But the reality is that in the real world, we WILL have to compete with them, and I will always wonder if I would have earned a gold medal when competing against some of China’s best and brightest. I think it is a question that is now more relevant than ever.

Overall, the trip was amazing. It was easily the best experience of my life. I am humbled and thankful for the great advisors, particularly Dr. Fran Nolan for his continuous wisdom and support, and my peers, Amy, Forest, and Edward for making the trip so memorable. I am particularly grateful to Dr. Sam Houston and Lisa Rhoades at the North Carolina Science Math and Technology Center and the Burroughs Wellcome Fund for seeing in me the potential to do well at this competition and funding my trip to Beijing.