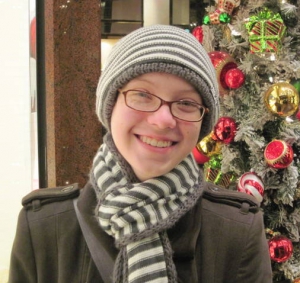 Alyssa Ferris is a sixteen year old student at the North Carolina School of Science and Mathematics in Raleigh, NC. In 2011 Alyssa worked with Dr. Beth Sullivan at Duke University on her project, The effect of epigenetic modifications on active and inactive centromeres. She was selected as an Intel Science Talent Search Semi-Finalist for her work on this project. Previously, Alyssa studied regulation of centromere localization with Dr. Judy Brown at the University of Connecticut and the genetic diversity of feral honey bee colonies with Dr. Deborah Delaney at North Carolina State University. She is a member of Sigma Xi, the scientific research society, and Women in Science and Engineering. In her free time, Alyssa enjoys reading philosophy and playing the banjo.

The effect of epigenetic modifications on active and inactive centromeres

Today we presented our posters to the judges. There were four asian judges who spoke varying degrees of English and two Caucasian judges. Most of the chinese judges understood the majority of our project descriptions, but one of them didn’t understand any of it, and Alan had to translate our projects. After being judged, we walked around and looked at the other projects. We also met some of the asian students who wanted to practice their English. Scarlet (after Gone with the Wind) talked to us and then showed us her social studies project which looked at how people prepare for BYSCC. The most impressive projects were in engineering. In particular, one boy designed a robot that draws a picture based on input from an excel program and another designed a plane that can take off from land or water.

This morning we went to the museum of natural history with the rest of the foreign delegates. Most of the exhibits that we went through had different types of specimens set up in different environments. However, the only part that was translated was the Latin names, so we kept trying to guess what the animals were. The other exhibit we saw was about human anatomy which was notable because of the path of sperm stickers on the floor and the debatably real human fetuses showing how embryos development over time.

In the afternoon we went to the school to set up our posters, and worked with Alan, one of our translators, to translate the titles and a project summary into mandarin. Next, we met the Australian delegation who eagerly enforced us about the dangers of the drop bear. This extremely dense animal injures 31.5 out of 125 people by dropping on them out of trees; apparently it’s a national joke that the Australian play on immigrants and tourists. We also looked some of the other projects by the Chinese students, especially the fantasy drawings that showed new inventions and the building models made out of toothpicks. 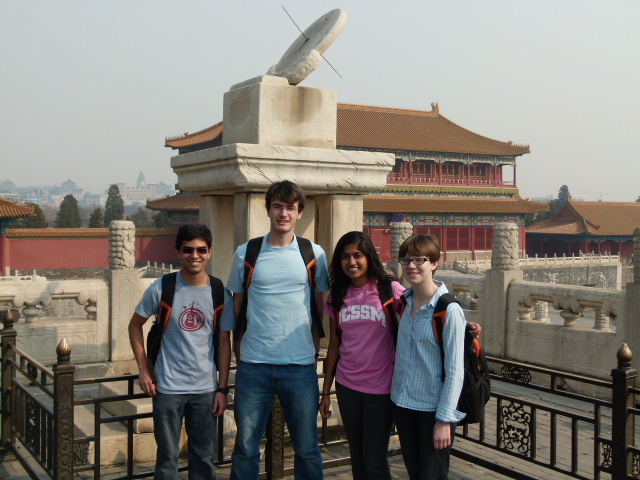